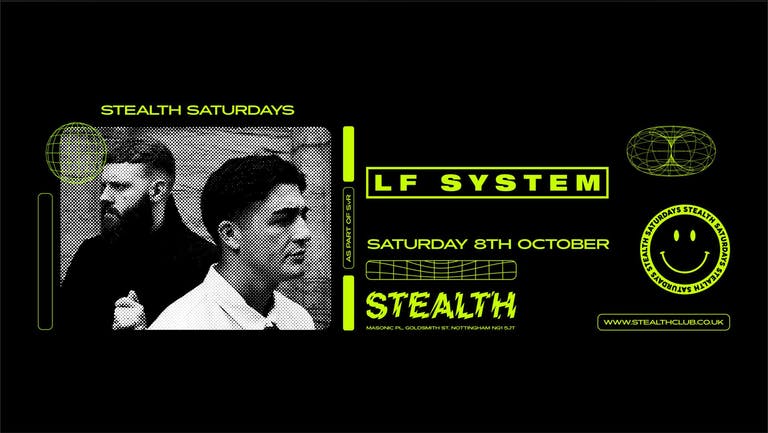 LF SYSTEM at STEALTH (Stealth Saturdays as part of SvR) - SOLD OUT. Pay on the door

LF SYSTEM at STEALTH (Stealth Saturdays as part of SvR) - SOLD OUT. Pay on the door

Bringing you the best in Electronic, Rap & Hip-Hop Music every Saturdays to give you 7 hours of partying!

With a staggering 100 million streams online with their track ‘Afraid To Feel’, it’s no surprise that we are extremely excited to announce that LF System will be coming to play at Stealth. Their smash summer hit has managed to stay in the number one spot in the UK singles charts for 8 consecutive weeks, making it officially the longest running UK number one dance track of the decade!

Grab a ticket to see them perform in the newly refurbished Stealth on Saturday 8th October at Stealth Saturdays (as part of SvR).

Plus 3 more rooms of music as part of SvR!