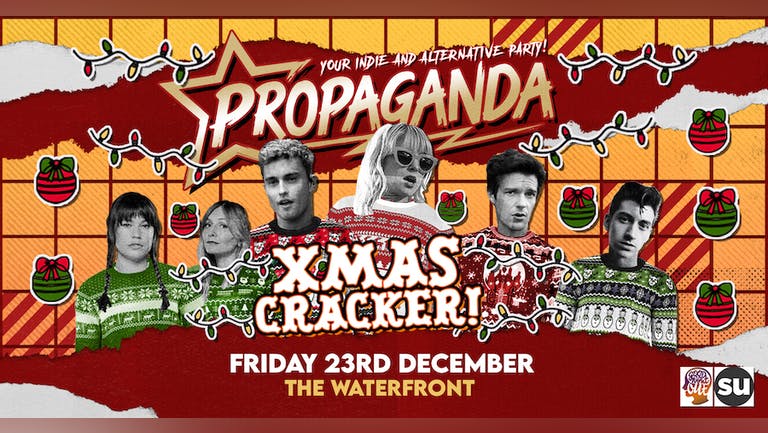 Join us at Propaganda's Christmas Cracker, the last chance to party before the big day. Get ready for some magical surprises, and all the Christmasy feels as we party into Christmas eve with you!

Propaganda is the UK’s biggest indie/alternative night! With huge numbers attending around the world each week. Expect an unrivalled audio-visual mix with our resident DJs playing everything from:

- Arctic Monkeys to The 1975
- Paramore to The Killers
- Billie Eilish to Gerry Cinnamon
...and much more

Imagine festival vibes without the mud!

Propaganda is proud to present 2 incredible rooms of music every Friday at The Waterfront, Norwich:

Please bring in-date photo ID with you - No ID, no entry. (Passport/Driving license)

Propaganda's DJs have played at some of the biggest festivals and events in the world! Including Glastonbury, Big Day Out, Reading & Leeds and Benicassim.

Propaganda Records released Yungblud's first vinyl record, 'I Love You Will You Marry Me', and Yungblud performed a live Propaganda tour across our UK events in 2017!