This event has already happened! Click here to see upcoming events from Rebel_Lion_sound_system 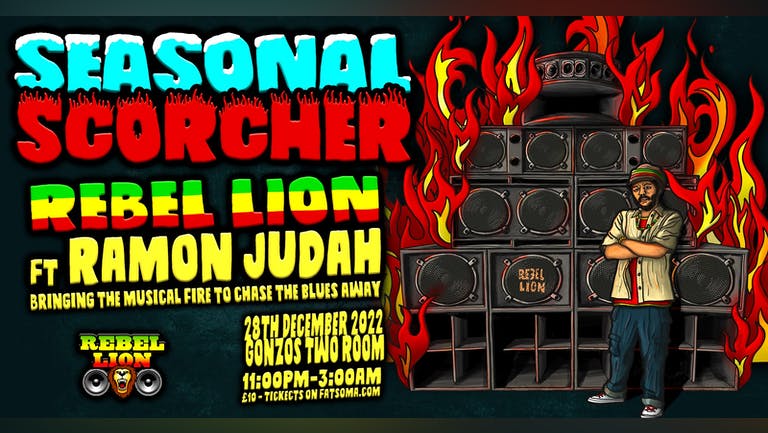 We would like to invite all our rebel family from near and far to come together and celebrate in love and unity for our Seasonal Scorcher. For anyone who has been to our festive celebrations before this are always ROADBLOCK ram jammed and full of joy overflowing. Seriously excited to welcome, the one and only, Ramon Judah on microphone duties. Expect a whole heap of musical fire to chase away the winter blues.

MC Ramon Judah was born into a musical family. His father, Sugar Deen, was a well known musician in Liverpool and was said to have been an early mentor to the Beatles. Ramon was influenced by the early sound system culture and was singing dancehall at an early age. He travelled worldwide singing with Reggae bands from New Zealand to Chicago USA. He ended up settling in London and became the host and singer at the Dub Club. He has worked with many in the UK scene and sung with many sounds over the years including Jah Youth, Reggae Roast and more recently a regular on Channel One. Ramon Judah has also recorded with many UK Reggae & Dub producers, including Bush Chemist, Manasseh, Disciples, Adrian Sherwood, Phillip Gad, Brigadier Jc and Vibration Lab.

Get ready for some serious musical HEAT...hot like LAVA