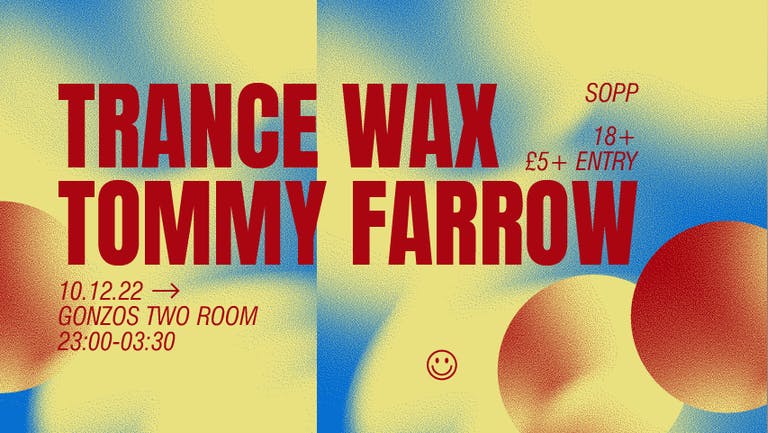 As Tommy Farrow's Residency comes to a close, we're excited to bring along an extra special guest for the final party. It's only right that it be Ejeca's infamous alias Trance Wax! With Trance Wax & Tommy Farrow in the booth, you know this is going to be a heavyweight affair with the music cutting across the lines of techno, trance and breakbeat.

Back in 2016, Belfast’s Ejeca started anonymously producing techno and breakbeat edits of classic trance tracks-he soon started releasing them on limited vinyl only runs, under the name Trance Wax.

Tommy Farrow is one of the country's fastest-rising electronic artists. A seasoned DJ with an instinctive ability to engage audiences, Tommy has released a string of singles over the past two years that have translated equally well to the dancefloor with dreamlike synths, driving grooves and evocative, anthemic melodies offering club goers an intensely powerful cocktail of emotions.