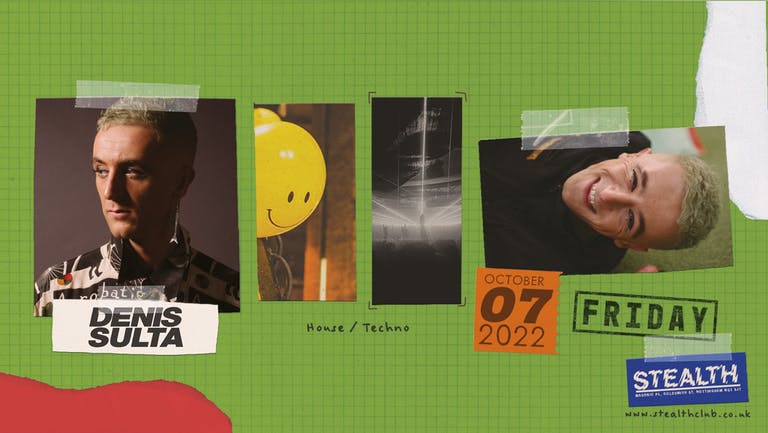 With his ongoing ‘Sulta Selects’ parties taking place in Ibiza, and a recent huge set at Creamfields, we’re extremely excited to announce that one of the biggest names in House & Techno will be returning to Stealth, to perform in our new booth this October… it’s Denis Sulta!

Denis Sulta – real name Hector Barbour – has rapidly emerged as one of the most exciting new prospects from the ever-fertile Glasgow scene. His unique sound has been carefully crafted having earned his stripes and a large part of his musical education and knowledge through working at the internationally renowned Rubadub record store, whilst holding down regular and ongoing sets at the world famous Sub Club, and releasing records on influential labels Dixon Avenue Basement Jams, Numbers, and his own Sulta Selects – gaining support from the likes of Ben UFO, Four Tet, The Blessed Madonna, Bicep and Peggy Gou. Denis Sulta’s meticulous and diverse approach to dance music has seen his stand out capabilities reach incredible heights for someone still so young; having already starred on the cover of Mixmag and DJ Mag, as well as winning DJ Mag’s ‘Best DJ’ award in their ‘Best of British’ series and joining the prestigious BBC Radio 1’s Residency show.